‘The First Day Of The Rest Of Your Life’

The Walking Dead finally gives us the start of the war this season has promised us  and ‘the first day of the rest of your life’ is where it all starts.

This is what we had been building to all season; Rick finally had his guns and was ready to go to War but in The Walking Dead it is never that simple. Rick put to much faith in his new alliance with the scavengers he met at the rubbish dump and it certainly came back to bite him this episode. I really felt Rick would have learned his lesson by now about trusting strange groups and the scavengers definitely are the strangest group to have come out of The Walking Dead in a long while. 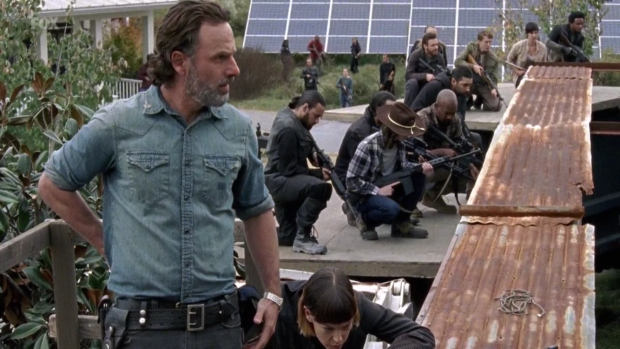 Watching the Scavengers turn on the people of Alexandria was unexpected and certainly built tension. It felt as if it were in plain sight the whole time but because of Rick’s desperation in needing an army to fight the Saviors, the Scavengers betraying him was something he simply failed to anticipate.

Eugene has definitely chosen his side now after choosing to help Negan take Alexandria and speaking on his behalf to Rick. When he was talking with Sasha you get the feeling he still cares for Alexandria but he is trying to look out for his own best interests. Even when he was trying to negotiate with Rick you got the sense he didn’t want any bloodshed for his former friends so there is potential for him to come back to the “good guy’s” side in season 8.

Sasha’s final moments on the show was handled very badly. The episode focused to much on flashbacks with Abraham which is something this show has never done. Her scenes in the emptiness of the coffin also broke the tension building in the episodes stand off between Alexandria and The Saviors,. By the time Negan had gotten to open the casket and let zombie Sasha out the reveal felt flat. It would have been a lot better if they had left us to speculate if she had taken the cyanide pill or if she had just suffocated like Eugene had suggested; that way it would have brought a little tension to Eugene’s story next season. 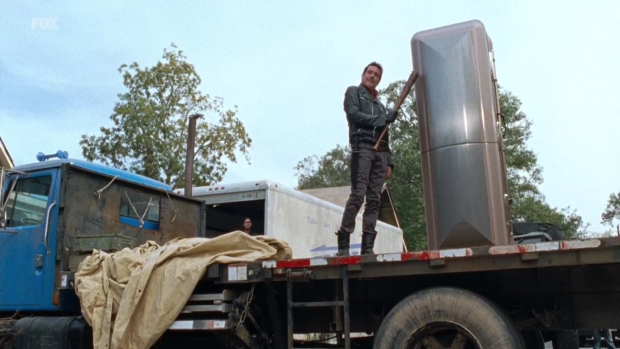 In terms of deaths I wasn’t particularly affected by Sasha’s death as she had played less of a role in the last half of this season only really showing any real development in her trying to kill Negan in the last few episodes. There were other casualties in the form of Scavengers dying and many of Saviors too as well as nameless Alexandrian citizens but there were no main character deaths so the promise of a big bloody battle fell short in that regard.

Alexandria and the Saviors/Scavengers final battle didn’t last long as Rick and the others were heavily outnumbered and betrayed. It was nice to see Rick in mortal danger as well as facing the possibility of his own son dying. I liked seeing him showing some backbone once again something his character had been missing since Glenn died in front of him.

The timing of the Kingdom and the Hilltop folk coming in to save Alexandria was perfect and with a Tiger starting the battle it built the tension right back up again but the battle itself was short and Negan somehow managed to get away along with the Scavengers too. 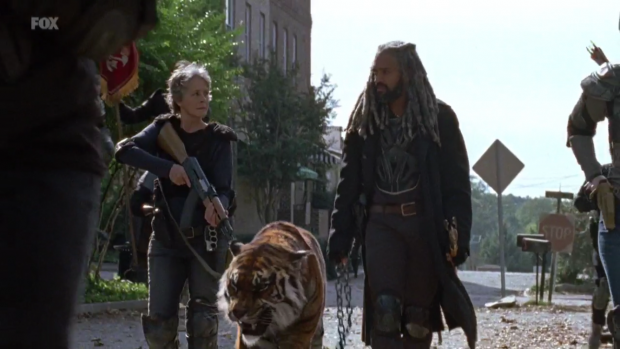 Ezekiel and his pet tiger marching to war

Maggie had a great monologue in the last five minutes of the episode and she has really become a leader in her own right and watching her and Rick and even Ezekiel standing addressing there people you felt like they were finally ready to fight this fight, it was just a shame that fight isn’t going to happen until October when season 8 starts. The opposite of this is watching Negan address his people and you notice the stark difference in comparison and the odds looked firmly stacked in their favour.

Keeping the tension and the pacing of the episode going was what ultimately failed in making this a memorable season finale it felt like a mid season finale. All of the build up to the war between the Saviors and Rick’s people in Alexandria but not much in the way of a pay-off this season. I am hopeful next season will see a lot more in terms of action and I hope they have learned there lessons with the mistakes of this season and can do better going forward.

The Walking Dead season 7 finale suffered with pacing issues throughout and this really hurtmost of the episode but it managed to pull it back in the last 15 minutes with an all out battle and betrayals on both sides. In many ways it felt like the last half of this season was all in preparation for season 8. This is something that could have been covered in fewer episodes and handled far better but it is what we ended up with so at least season 8 could be promising.