This episode of The Walking Dead sees us arrive in The Kingdom ruled by King Ezekiel (Khary Payton).We learn a bit about his back story (at least what he claims to be his back story) in a revelation to Carol. This episode seemed to serve as an apology for the gore of last week allowing us all to take a breather. Ezekiel appears to be a pretty good leader as well as a decent and fair person. “The Well” was a massive change of pace when compared with the season premier as we catch up with Carol and Morgan as we are given no insight in to what is happening with Rick and co. 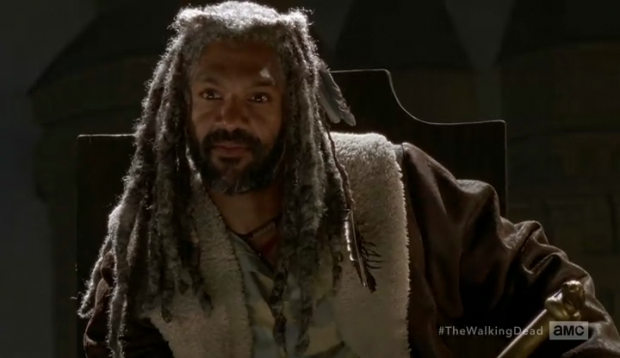 The episode was probably too slow and not a great deal actually happened. We had no Negan or Rick to contend with this week as we are introduced to the mercurial Ezekiel. I felt like the episode could have done with a bit more action as there wasn’t a great deal going on in that regard to hold the viewers attention. This episode definately acts as an eye of the storm type after last week. With tensions  brewing this week between the Kingdom and Negan’s group, it looks like conflict lies ahead between the two.

Carol doesn’t buy in to the idea of The Kingdom in the slightest as she is mostly  ust dismissive as she tells Morgan “This place is a joke.” Her negative attitude about everything is getting a bit tiresome, she seems to have been having an existential crisis for a while now with no obvious character development. It’s a shame as I used to like Carol as a character, it kind of seems like the writers can’t decide what they are going to do with her, I hope I’m proved wrong and they put her to good use.

During “The Well”, Carol puts on this fake over the top persona to try and fool The King in to thinking she is impressed by the place “Never bullshit a bullshitter” being his response. I like King Ezekiel, he seems to be the first leader in the show who is actually a good person too- I include Rick in this. We also get an explanation as to why he speaks like he is in a Shakespeare play and where he got that huge Tiger from. People look up to him and the stories about him that circulated have created a mystique that he just decided to embrace. He managed to create the safest and most peaceful society we have seen in The Walking Dead so far, no matter how silly his persona seems to be. 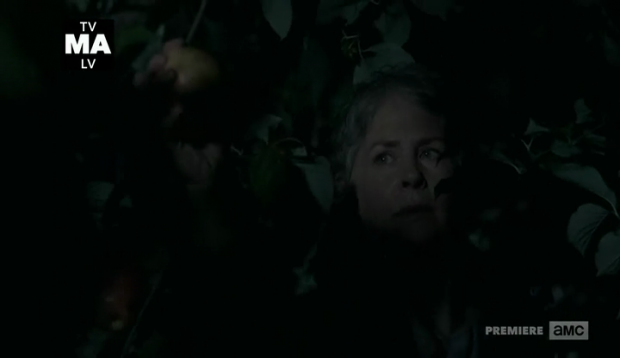 Morgan gets to show a different side to himself as Eziekiel asks him to mentor Ben in using the staff. Useless with a gun and a knife, the boy won’t live long and the King knows it. This gives more weight to the fact that Eziekiel actually values human life, which contrasts him with both Negan and Rick. We learn that Ben’s dad was good friends with The King who seems to see it as his duty to try and protect his dead friends son.

I think The Kingdom is how Alexandria could have turned out to be, unfortunately the former has trained fighters suited to doing anything required to survive. Alexandria was on the right path but they were unable to protect themselves from the inevitable. I think having a clear leader from the start in King Ezekiel helped the population band together by giving them someone to follow, as he points out to Carol. So far the rest of the group have yet to make contact with The Kingdom yet and I’m sure that they will bring trouble with them as they invariably do. 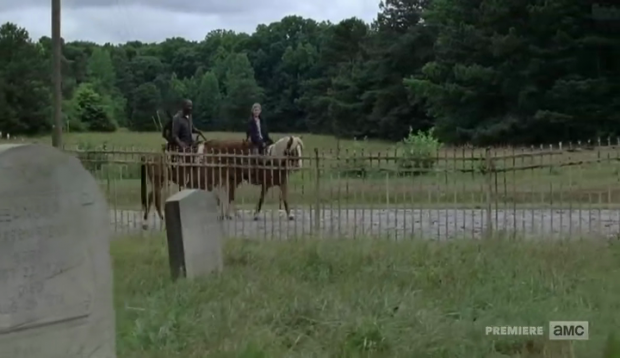 We see an example of The King’s savvy as he and his group are joined by Morgan to meet Negan’s men with a bounty of livestock fattened up with walker meat. I really liked this tactic to try and wipe out Negan without a single shot being fired. Relations between both groups don’t seem too hot as a punch up ensues- although I can’t imagine Negan’s group get along with many outsiders. I would reason that this is an early sign of later conflict down the line, Ezekiel made it clear that he doesn’t want all out war, even if they won the cost to his group would be massive. If Negan gets a hint of dissent I can’t imagine a war will be avoidable.

“The Well” was a solid but slow episode which sometimes kills the show but the introduction of a new character and a new settlement gave us some food for thought. I like King Ezekiel and without him I do think that this episode could have become a bit of a slog. I think down the line he and Rick will become strong allies against Negan. I don’t understand what is happening with Carol, she went from being the bad ass who broke everyone out of Terminus to deciding she has just had enough. I hope that the show make up their mind on which direction Carol will take.