“City Under the Sea”

Thunderbirds Are Go sends the team to a rescue in a sunken city while the Mechanic searches for plans that could help him free the Hood.

Two uses of Thunderbird 4 in the space of two weeks! Imagine my delight! Seriously though, using Thunderbird 4 wouldn’t forgive a bad episode in my eyes. See my review from last week as proof that I’m not dazzled purely by the little yellow submarine. 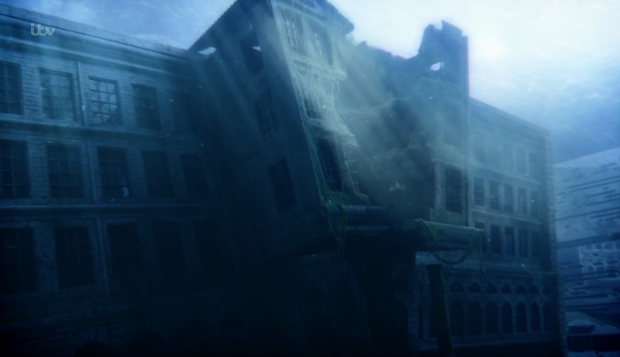 The rescue scenario this week was a really memorable one with the sunken city providing a visually interesting setting for this all to take place. It looked like a fairly normal city location but the fact that it was underwater made things really interesting and even a little eerie. The episode wasn’t playing up the horror angle but it was still an unsettling place to be.

It’s good to have the Mechanic back as he added some much needed urgency to the situation. Without him it would have simply been an episode about Gordon leisurely cutting through some debris to save a trapped family who seemed to be completely safe otherwise. The Mechanic’s presence added that air of unpredictability and terror to the situation.wants

The Mechanic continues to be an interesting and mysterious villain with his complete focus on his objective and casual disregard for collateral damage. It seems like he doesn’t care who he hurts to get what he wants which makes him immensely threatening throughout.

I loved the design of his underwater craft. The giant crab shape was very intimidating and allowed for some interesting jeopardy to be created such as the claws reaching for FAB-1 as it narrowly evaded them. The way he uses his technology further cements him as a formidable opponent who definitely gives the team a run for their money. 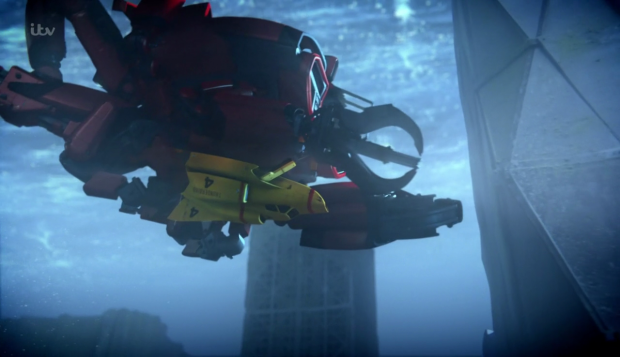 This episode uses the team really well. It’s good to give Gordon more to do as he was heavily marginalised last season and there are hints of personality in here such as him loving to snack and being messy. It’s not much but it’s something to give him a little bit of character. He is also shown to be self sacrificing when he orders Kayo to perform a risky manoeuvrer even though he knows that he could be seriously hurt -or worse- by it.

Kayo has the opportunity to pilot Thunderbird 4 which is a new one and she uses her spy skills to make it do things that we haven’t seen before. Even Gordon’s impressed at the capabilities of the ship that he didn’t know it had. Kayo hiding Thunderbird 4 on the underside of the Mechanic’s craft was a nice trick as well.

Lady Penelope and Parker were involved here as well because of their knowledge of Penelope’s Grandfather’s old building. She uses her knowledge to find the location of the plans that the Mechanic is looking for and we get a clever reminder of Parker’s safe cracking capabilities by having the plans destroyed through exploiting knowledge. With all the flashy action going on Parker outsmarted the Mechanic which was nice to see.

As always the visuals were excellent and we got to see a lot of variety from Gordon outside working to free the family to Kayo and Parker’s fancy manoeuvrers. There was a lot of exciting moments and the pacing was constantly fast without feeling overwhelming. 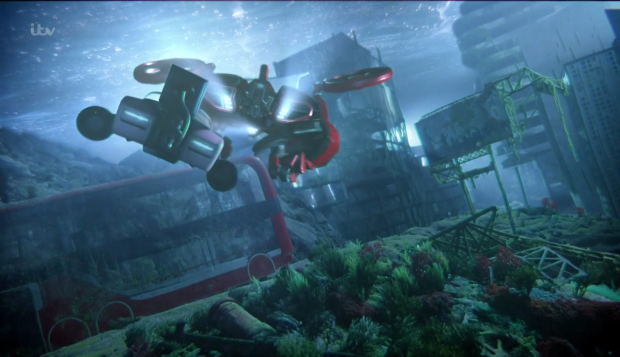 FAB-1 makes a run for itSa

The biggest issue that the episode had was that it didn’t have any meaningful interactions between the characters. Gordon and Kayo had some fun dialogue but beyond their knowledge of the situation, Lady Penelope and Parker felt strangely divorced from it all. It would have been better if they felt like part of the team rather than simply being in the same place. It’s a small issue but it did bring things down a little.

An excellent episode that made good use of some of the lesser used characters and further developed the Mechanic as a competent villain. The undersea action was impressive and it’s always good to see Thunderbird 4 in action. Gordon even received some superficial character development. It would have been better if Lady Penelope and Parker had felt like more of a part of the team but other than that this was definitely a series high point.