Thunderbirds Are Go returns for a second season and introduces a new enemy to cause trouble for International Rescue.

For the most part I enjoyed the first season of this show. It wasn’t without its flaws but on the whole it’s an enjoyable experience to watch an episode and the visuals often make up for other shortcomings.

Season 2 seems to be more of the same so far which is a good thing when an episode is as frenetic as this one. The basic plot is that a new enemy called The Mechanic is mining something valuable and it puts a survey operation in danger. This means that the Global Defence Force and International Rescue speed in to handle the situation. 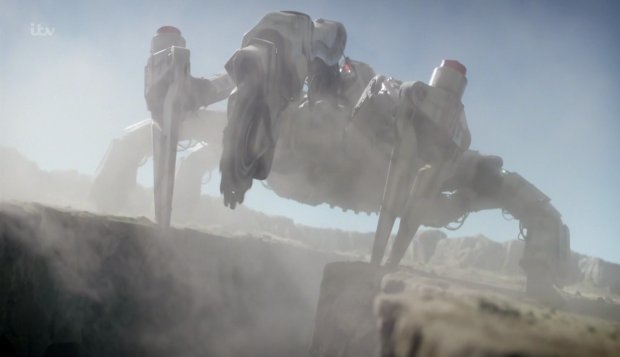 The Mechanic is a very memorable villain who comes across as a significant threat. One major thing he shows is competence which is a big deal in shows aimed at young kids. At no point does his stupidity threaten to ruin his plans and that’s a definite boost for his potential as a villain. When he can create problems for Kayo then that definitely qualifies as a force to be reckoned with.

There is a little bit of depth to him beyond his competence as a villain and mysterious agenda. He has some kind of past connection with Brains that goes unexplained. It looks like the plan is to mirror Kayo’s connection to the Hood with Brains having a history with the Mechanic. It’s a good idea as it makes the stakes more personal for our heroes.

The Mechanic’s machine was very impressive. It had an intimidating design that was almost terrifying and the sheer size of it make it formidable. Having it make short work of the GDF doesn’t necessarily make him or his tech more of a threat because they haven’t always been the most effective but it was an impressive display of weaponry nonetheless. I also liked that there were internal defences which only adds to the Mechanic’s competence as a villain. 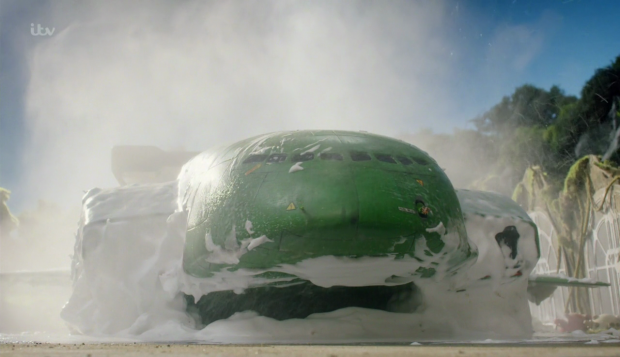 I was also impressed by the reversal on the apparent attempt to establish that he has a code of honour. Virgil believes him when he says that sending down a grappler for rescue purposes won’t be challenged. The betrayal comes instantly and Thunderbird 2 is heavily damaged as a result. This tells us a lot about the Mechanic as it’s clear that he doesn’t value human life when it gets in the way of his goals.

It is suggested and later confirmed that the Mechanic is either working for or working with the Hood. I’m not sure how I feel about this as he was dealt with last season. There’s no way to get rid of his organisation entirely but taking a break from him might have allowed the Mechanic to come into his own more. If this had been a later season reveal then it might have worked better. It’s good that the characters immediately suspect that he’s involved as it shows common sense on their part and the glowing mechanical eye at the end of the episode was a nice homage to the original show.

This episode involved an impressive set piece involving the crash landing of Thunderbird 2. I’m guessing that this is a deliberate reference to the original series episode “Terror in New York“. The crash here was impressive as well as tense but it was also resolved a little too quickly with no real consequences. Brains will patch Thunderbird 2 up and she’ll be ready to go in the next episode I imagine. 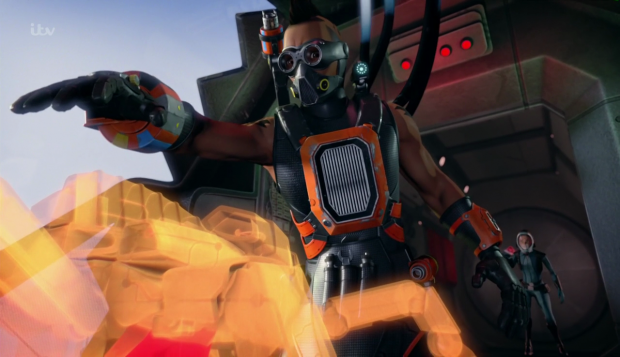 The situation did allow for a some insight into Virgil’s character. Scott tells him to ditch Thunderbird 2 as attempting to land in the condition its in is too much of a risk but Virgil refuses as he is attached to the ship and doesn’t want to give up so easily. It’s common for characters to be attached to the things they pilot and this was done fairly well. It shows that the brothers are really committed to their roles and know have a special connection to the things that help them do that. I suppose the next thing is for one of them to be destroyed to see how the characters react to that.

Jenna Coleman of Doctor Who fame voices a character named Baines but was completely wasted. The character had so little to do that anyone could have voiced her. I would have thought that bringing in a big guest star like that would mean that she voices someone of significance for the episode but she was merely another person to be rescued. The American accent she put on meant that she was barely recognisable as well.

A good start to the season with a new villain that has a lot of potential to be a real threat to our heroes. The Mechanic is cold, calculating and, best of all, competent. His existing connection to Brains might prove to be interesting once the details are revealed. Revealing that the Mechanic is working with or working for the Hood so early on doesn’t really work for me as it would be better to establish him before making that connection.

The Mechanic has a really impressive vehicle that is almost terrifying. It has internal defences as well which further shows competence. The damage he manages to do to both the GDF and Thunderbird 2 also shows how much of a threat he is and leads to an impressive crash sequence that is resolved a little too quickly. Outside of that and Jenna Coleman’s wasted guest spot this is an exciting beginning to what will hopefully be a fun season.