Thunderbirds Are Go provides another ticking clock when a Zeppelin starts to plummet towards the ground uncontrollably.

This episode gets extra points because the people in danger aren’t insufferable idiots. They’re just people who are stuck in an unfortunate situation who need rescuing. As such I found the whole scenario far less annoying than many of the others which automatically makes this a better outing than most. 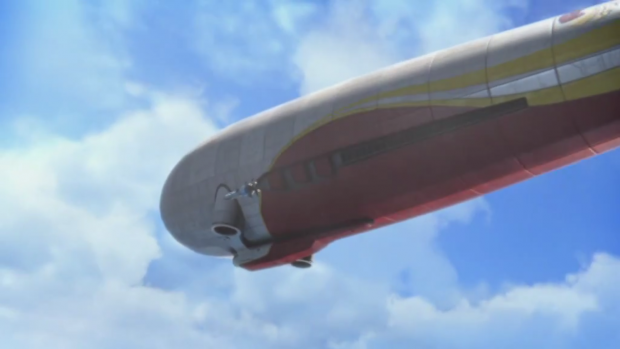 A lot happens in this episode and there are a lot of moving parts to make the whole thing work but they are combined fairly seamlessly and many of the characters are given an opportunity to shine. Even Brains steps outside his comfort zone by conducting his usual tech support role from outer space. There are some gags about space sickness but thankfully the episode doesn’t go overboard with them. He doesn’t spend the entire crisis complaining about how ill he is which definitely shows that International Rescue is a professional organisation.

Unfortunately Virgil gets the short straw by spending the bulk of the episode at the controls to Thunderbird 2 without really getting to do anything. We do see further examples of him taking extra care to not make the situation worse which seems to be a character trait uniquely associated with Virgil.

Scott gets to do much more in this episode when he boards the Zeppelin and is responsible for keeping it in the air long enough to get the trapped crew out. There’s a really good moment when he attempts to secure the fuel line for Thunderbird 2 when he looks at the city they are fast approaching and has an expression of terror on his face as he stops in his tracks. It’s very quick but it’s a very human reaction and gives us a rare insight into what Scott is thinking. It helps to ground the situation in a way that we don’t often see on this show. It’s a shame that this is confined to one character but this show continually shows a capability to be a lot deeper than it is.

Kayo continues to impress with her gung ho attitude. I was really impressed by her approach to the wayward claw and I wonder if the cargo loader was a reference to Aliens. If that’s the case then I have to applaud a kid’s cartoon for referencing something that only the adults would get. Kayo’s approach is always interesting to see because she sees things in different ways to the others and is willing to do things that none of the brothers would. That isn’t really seen here but taking on the claw the way she did is certainly something only she would do.

In general the episode was a really tense affair with the crashing Zeppelin providing both a ticking clock and a sense of dread. There was a lot to keep track of and the episode does a great job of balancing that while raising the tension in a very organic way. 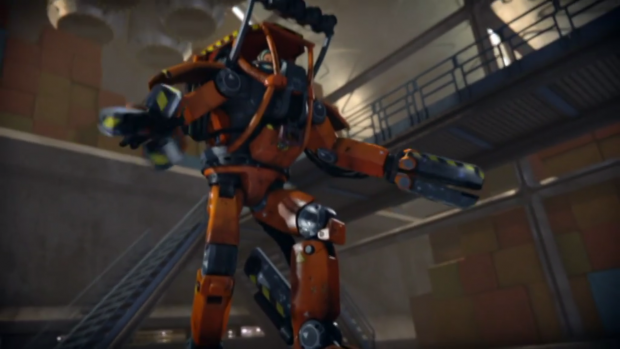 It’s definitely a good thing that those in danger weren’t inept or irritating but there was very little work done with them to make the viewer invested in their rescue. Of course they are in danger which makes them worth saving but other than trying to calm themselves with terrible jokes there wasn’t much to them. If Scott had interacted with them a little more that may have been fixed. At least they weren’t irritating which is a massive improvement.

A solid episode that uses characters well and increases the tension organically . Jokes that could easily become annoying aren’t overplayed and work as part of the narrative. There are some good character moments such as Scott looking terrified and stopping in his tracks for a few seconds which is rare for this show. Kayo’s approach to dealing with problems continues to impress and if there’s a reference to Aliens with the cargo loader then the episode deserves more recognition for that. One issue the episode had was lack of development for those in danger. It’s a good thing that they weren’t irritating but the lack of interaction with Scott or anyone else meant that it was difficult to invest in their need for rescue.