“Up From the Depths Part 2”

Thunderbirds Are Go picks up from last week with the TV-21 in the possession of the Mechanic and International Rescue picking up the pieces from their losses in the previous episode.

This episode enjoys a really fast pace and is very action heavy after the previous episode set up the events and allows the situation to continue without any time needed to establish it. I really liked that the episode just picks up where the previous one left off and never slows down from there. It takes a lot of skill to maintain this kind of momentum and it is handled very well here. 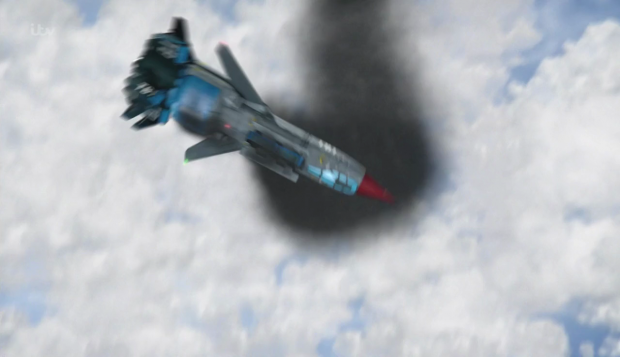 Thunderbird 1 spirals out of control

The Mechanic is still shown as a formidable opponent even though he has to be defeated in some way by the end of this episode. He shows immense skill in staying one step ahead of International Rescue and always seems to have something ready to counter whatever International Rescue or the GDF can come up with. So far the Mechanic has never seemed stupid in order to further the plot and that’s a hard thing to pull off for a recurring villain.

There’s a good amount of tension in this episode surrounding the Mechanic. The best example is at the beginning of the episode when Scott in Thunderbird 1 pursues his machine and the stolen TV-21. This results in Thunderbird 1 being significantly damaged in a great sequence that involves Scott on the verge of panic as Thunderbird 1 hurtles towards the ground. Of course Scott isn’t killed but it does further show that Scott can be overconfident and that things do rattle him from time to time. Seeing the brothers fail now and again is a great way to increase the threat level as well as humanise the characters.

I loved seeing Thunderbird 3 turned into something like a Jaeger from Pacific Rim when Brains adds on a new version of M.A.X. to allow Alan to fight the Mechanic. It’s a really cool battle and it’s good to see the brothers go on the offensive for a change. Brains pointing out that he doesn’t build defensive equipment hammers home the rescue focus of the show but the Mechanic does require them to adjust their tactics and we get a cool outer space battle as a result.

Grandma Tracy comes across as a useful character. This is definitely rare for this show but works so well when she is part of the story. She is the one to encourage Scott to remain calm and rely on his skills to save himself and Thunderbird 1. This shows that she understands her grandchildren as well as the machines they pilot which allows her to give Scott the encouragement he needs to get out of this crisis. It actually works on a couple of levels as it shows Scott as being someone who is scared sometimes while showing that Grandma Tracy is an encouraging presence that the brothers will listen to. If she is used in this way every time she appears then she will be invaluable to the DNA of the show. 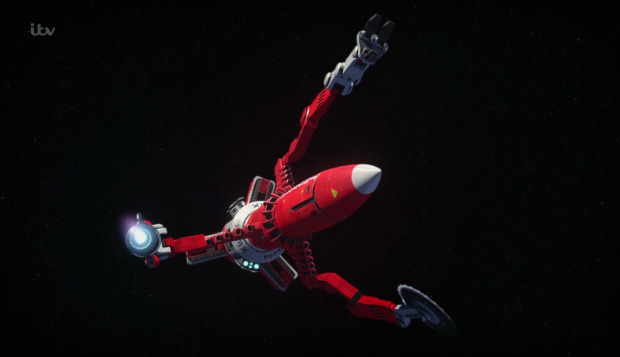 She also offers insight on Jeff Tracy that really resonates. Alan wonders what the big deal about the TV-21 is which allows Grandma Tracy to explain that it represents Jeff’s determination. He always wanted to be the fastest pilot in history and the TV-21 allowed him to do that. As time went on, Jeff wanted to be the first to arrive at the scene of a disaster so that he could be the one to help. His desire to be fast evolved into a compulsion to be the one who could help more efficiently than anyone else could. This dream is what led to the creation of the 5 Thunderbirds that the brothers have now so the TV-21 is a representation of the start of that legacy. Grandma Tracy’s words add weight to the absence of Jeff Tracy while also giving this show some mythology. It all feels so much bigger than what we see in any given episode and that is a good thing.

This pays off later in the episode when Alan and Scott are forced to decide between rescuing someone and letting the TV-21 remain in the hands of the Mechanic. It’s a simple decision as saving lives are more important than preserving equipment. Grandma Tracy comments that this is what their father stood for as we see from his willingness to abandon the TV-21 so that it didn’t fall into the hands of the Hood in the first place. It shows that the brothers are living up to their father’s example and understand what International Rescue is supposed to stand for. This might have been more powerful had the Mechanic got away with the TV-21 rather than destroying it but the point is well made.

Kayo further shows her competence in this episode when she goes on her own mission to track down the Mechanic. Grandma Tracy plays into this by getting Lady Penelope and Parker to join her so most of the characters are being used to their full effectiveness here. Kayo tracking down the Mechanic to find that he’s a drone further shows how formidable he is in that he has thought of every possible outcome. 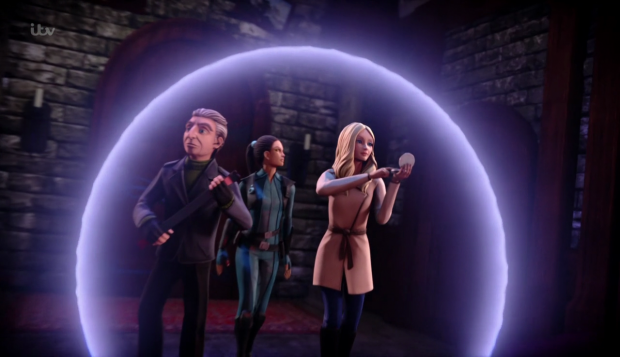 In regards to the identity of the Mechanic it would probably make more sense if he turned out to be Jeff Tracy. It’s mentioned here that the Hood learned things from him which clearly shows that he is far more skilled as well as being more dangerous. He commands sophisticated machines and is able to match the brothers in skill and intelligence plus he is obsessed with capturing their technology so it would make a kind of sense to have that be the shock reveal when he is unmasked. I think it’s unlikely but it might be an interesting twist.

Not everything about this episode worked such as the return of Ned Tedford and his potted flower Gladys. This character is incredibly annoying and I get that he’s supposed to be but I find the gag really insufferable and the constant repeating of it has worn very thing.

Having Gordon, Virgil and Brains tasked with repairing Thunderbird 4 is a waste of their time in terms of this episode. They could all have been doing other things with Thunderbird 4 being repaired between episodes. It would have been better to have the craft missing for a little while so that the sense of loss could weigh on Gordon but it is fully repaired by the end of this episode so it makes the shock of its destruction feel entirely consequence free. 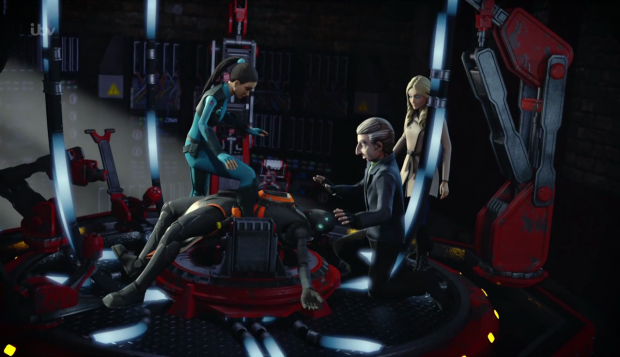 The Mechanic is ready for anything

A great episode despite some minor niggles that dials up the threat of the Mechanic while using most of the characters well. The episode maintained a fast pace that still allowed for some good characterisation mostly triggered by Grandma Tracy who manages to calm Scott from panic as well as offer insight into what sort of a man Jeff Tracy was. Kayo shows a lot of competence when she takes the initiative in going after the mechanic as well. The weak links here are Gordon, Virgil and Brains who are wasting time repairing Thunderbird 4 and having it fixed by the end of the episode which removes potential for the sense of loss that can be felt by Gordon over losing his ship. Ned and Gladys could also have been done without. Despite these flaws it’s great to see some character development and Thunderbird 3 taking on the Mechanic with some upgrades was great stuff as well.