Thunderbirds Are Go continues to show how much of a liability Fischler is when more of his plans put people in mortal danger.

His bright idea this time is a fleet of weather drones that go awry seconds after deployment and create an uncontrollable storm that threatens the lives of everyone nearby. International Rescue have to get involved and there we have our episode. 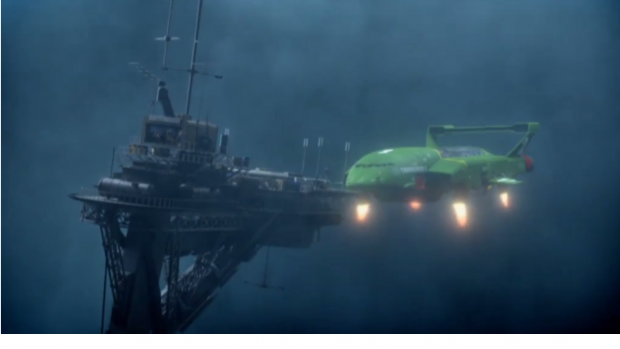 Virgil tries to figure out a safer way to do things

This is another one that is pretty much all action so there’s a lot of pressure to keep the tension high enough without it feeling like the situation is getting progressively worse just to pad out the episode. I would say that the situation is handled very well with the level of urgency never going down and a perpetual state of danger for all concerned that never seems overdone.

Thunderbird 2 and Thunderbird S are used for this mission which means that Virgil and Kayo are the focus with Gordon also being along for the ride. I’m not sure why Thunderbird 1 wasn’t involved as the episode doesn’t really address that but the characters used were fine for the purposes of this.

Virgil doesn’t really do much other than sit in Thunderbird 2 and try to figure out how not to make the situation worse. I always appreciate the trial and error approach as it shows that these rescues are organic problems that don’t have easy solutions. It was also a nice touch to have Thunderbird 2 be part of the problem at key points. The size of the ship means that it being blown around by powerful winds is very dangerous which actually limited Virgil’s effectiveness at some points. The fact that he recognises that and refuses to be reckless when the lives of others are at risk says a lot about him.

Balancing this out is Kayo who wants to take risks to solve the problem. Most of her efforts in this episode are about stopping the drones which requires some really reckless piloting. Virgil doesn’t really approve but at the same time there’s nothing he can do to stop her since she never directly puts anyone else in danger. I’m starting to get the impression that Thunderbird S having no weapons is something of a hindrance to Kayo as they would have been really useful in this situation. I understand why this version of the show doesn’t want to have the main characters using weapons since it’s broadly about violence not being a reliable means of solving any problem but some kind of weapon would be useful in certain situations and this is one of them.

Gordon’s role is a fairly small one but there are moments where he seems terrified and he’s involved in two very close calls. The first is when his pod is disabled and he narrowly escapes before it falls to the ground. Later in the episode he barely gets off the platform before it is completely destroyed. Moments like this really ramp up the tension as the characters don’t seem quite so invincible when they are directly put in danger. 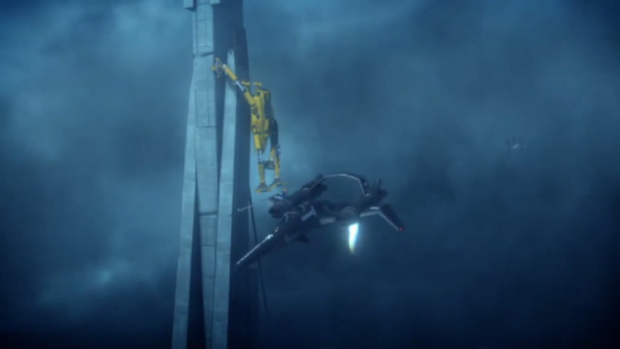 The action in this episode was varied and exciting with plenty of variety to keep things interesting. It looks amazing as always and the looming threat of the electrical damage to the ships kept a sense of jeopardy throughout and the constant shift in perspective from Kayo, Virgil, Gordon and Lady Penelope and Parker sold that this was a really complex operation that needed a lot of people to solve it.

My main issue with this episode is the same that I have with every one of Fischler’s appearances. He has put people in mortal danger many times at this point and doesn’t suffer any consequences for it. At the end of the episode everyone seems to have a good laugh about it and roll their eyes at his next madcap idea. Again, I know this is a kids show but I’d say that makes it all the more important to teach kids that putting people in danger has consequences. Fischler has caused a lot of damage and hasn’t been made to answer for it as yet which seems really bizarre to me.

A well executed episode that keeps the tension and urgency high through the very long set piece. The characters involved were used really well and the contrast between Virgil and Kayo’s approaches is handled really well. As with any Fischler episode the lack of consequences given to him for putting people in danger is really bizarre and definitely has to be addressed.