Timeless takes us back to Las Vegas, 1962 or as it was known at the time the ‘Atomic City’ due to the fact there were atomic bombs being tested just 50 miles away in the Nevada desert and sets us up for something new.

This time period was when Cuban missile crisis was starting to escalate so tensions are at an all time high which makes it a good time for Flynn to do whatever it is he does. In an effort to find out what Flynn is doing in this time and place they discover that John F. Kennedy is in Vegas for a fund raiser with Frank Sinatra doing a headline show. There were a number of politicians and mobsters in town at the time that could also be targets for Flynn to change history.

The time period comes across wonderfully with many of the Rat Pack’s hits nicely setting the scene. JFK seems like the obvious target for Flynn which initially makes it feel similar to the previous episode but fortunately it was short lived as we discover that it is JFK’s mistress, Judith Campbell (Elena Satine). It was a nice bait and switch and an effective way to play with audience expectations. Rufus has his own mission and finds his old colleague Anthony Bruhl (Matt Frewer) who discovers that he is not Flynn’s prisoner but is actually in collusion with him. 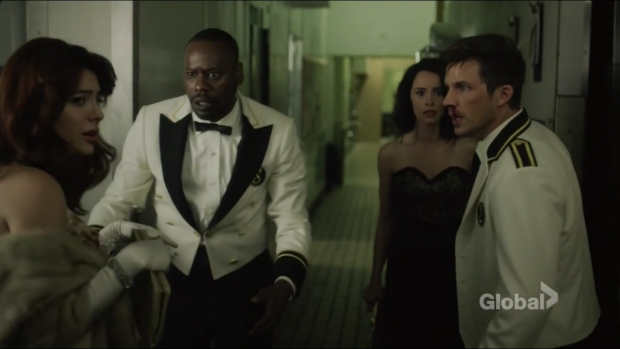 The team saves Judith from Flynn

Lucy picks up where she left off last week with her trying to adjust to her new life. She finds it really difficult to accept her sister being gone as well as this fiancé she doesn’t know. Since she has no memory of this life she feels completely detached from it despite her best efforts to go along with it. The scene where she looks through photographs of the beach trip while having no idea it was the day she got engaged is a great way of showing this.

This pays off later in the episode when Lucy is talking to Judith about how she lives her life and has it all figured out. Judith lets Lucy know that she is scared sometimes but at the same time she wouldn’t change the life she has now for how it was before she met JFK. This mirror of how Judith fights for how she wants her life to be helps Lucy to make the decision to leave her fiancé that she barely knows at the end of the episode. Judith basically validates what Lucy has been thinking and feeling all along. It is a nice character arc to show that Lucy is asserting herself in her new reality and not accepting things the way that they are.

Judith is a really interesting character who comes across as being so much more than the Historical Guest Star. She is determined, strong willed and really intelligent to the point that she uses the fact that people underestimate her to get the drop on them. Her views on life are fully formed and she becomes a vital inspiration for Lucy.

Wyatt on the other hand isn’t really developing much more than that he is using time travel to save his dead wife. This week he tries to use a telegram in the vein of Back to the Future Part II to try and send a warning to her. The reference is acknowledged as being where Wyatt got the idea and it’s a little tragic that the plan doesn’t work but Wyatt’s characterisation is a bit thin so it doesn’t have the weight that it should. 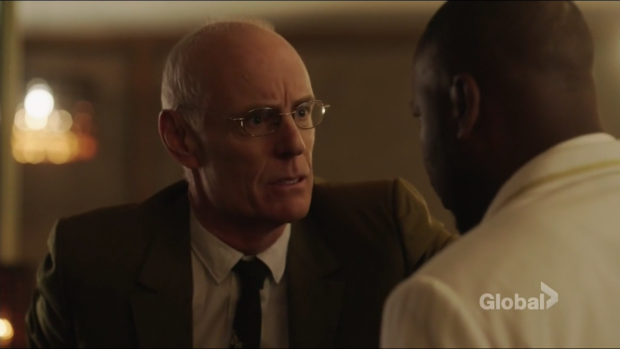 There is some potential in Wyatt’s character as we learn he is a military history buff and shows this when he explains the testing of atomic weapons to the rest of the team which starts to give him some depth. The main selling point for Wyatt is in his perception of how time is supposed to be. He feels it is all random happenstance and it is the luck of the draw how history plays out compared to how Lucy views all of history as being set and should not be changed at all.

It is good to watch these two go at this subject week in week out with Wyatt challenging Lucy on how she views time with her arguing over the telegram but not having a problem with Judith as bait with all the changes that could make to the future. Wyatt is also becoming less of a straight edge soldier following orders to the letter with him choosing to lie to protect Rufus as he got in the way of him being able to shoot Anthony.

Rufus has been a stand out character in the series so far and this is shown more here. His ingenuity in being able to adapt to each time and help the team out is his main strength this episode from him getting the disguises to help them sneak into the casino to using his wits to act as a bellboy to steal a car all whilst joking that ‘its the 60’s I’m invisible its my super power’. Its nice to see him deal with historical racism and and use it to his advantage. It’s never going to be easy for him but there are definitely times where being ignored is an advantage.

His story this week has been about his friendship with Anthony and how he has come to learn that his colleague is not a captive like he thought and yet still believing in his friend to the point of putting himself in harms way to stop him from being killed by Wyatt. I look forward to see how this develops further on whether this will affect the rest of the group in the present if they find out especially Jiya as it seems to be she has a connection with Anthony in the photo on her desk. They could be related but only time will tell if this is true. Rufus’ last scene with Wyatt where he thanks him for not telling Connor and Agent Christopher how he got in the way of his shot at Anthony lead to Rufus explaining he isn’t sure why his friend Anthony is with Flynn but he wants to find out why and how he feels he may not be on the right side raises some interesting questions that suggest that the morality isn’t black and white. 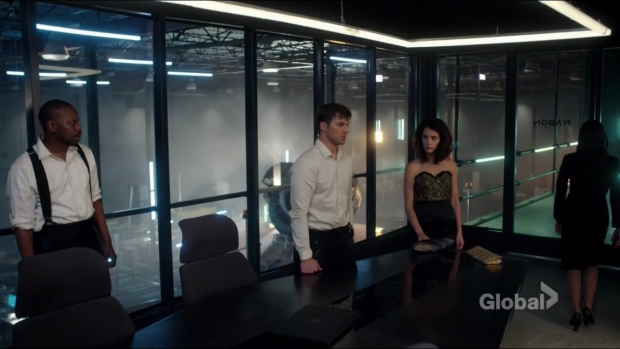 The team trying to deal with what is to come

Flynn again is a by the numbers bad guy he only seems to be in the show so far because without him there would be no show. So hopefully in the next few episodes his motivations become more clear on what his end goal is. Anthony on the other hand seems to be a much more complex character. He is not a captive and is helping Flynn but doesn’t want any unnecessary casualties. When Flynn suggests killing Rufus so the team no longer has a pilot Anthony really sticks up for his friend showing he still has compassion but his reasons for being on Flynn’s side are still unclear.

Whilst ‘Atomic City’ whilst a beautiful episode to look at and really captured the essence of the 1960’s Las Vegas. The episode had two or three twists on who the target of this weeks plot was going to be with the last two episodes focusing on assassinating major figures in history you would have been forgiven for thinking this was going to be the case this week but lo and behold it turned out to be a heist. Its nice to see the show has take a turn away from major historical events and pluck a bit of obscure history to revolve the plot around. It also served to help develop the characters and their struggles giving the main cast a more three dimensional feel to them which I hope continues on through out the season.