Alternating back into a ‘plot’ episode, the group investigate the possible location of Rachel’s mother, and in the process find out more about themselves than they would care to know.

The end of the last episode insinuated something resembling answers would be coming when Dr Adamson woke up and wanted to speak to Rachel. Instead of some actual information, there’s just more of the same kind of garbled quasi-religious rambling that’s not smart enough to be called cryptic, intended to convince Rachel of her place in the forthcoming cleansing of the world. He then slashes his throat with a smashed glass syringe that nobody realised he was carrying, which subsequently demonstrates Rachel’s previously unmentioned healing powers. It is admittedly an intriguing development, but means very little in terms of convincing her to open the door for a demonic overlord. 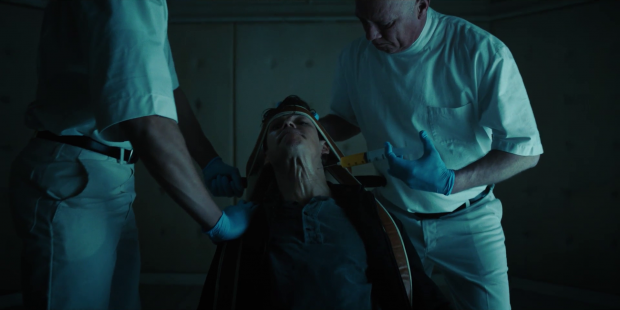 This is unlikely to be approved therapy

Whatever might have been gleaned from the exchange is put on hold when it transpires that mummy Roth Angela is, as the episode title would suggest, currently held in a mental asylum, and the same place that Adamson procured Nuclear Stepdad. While the infiltration is being planned Rachel and Gar sneak away to try to get into the asylum themselves and are promptly taken captive by patrolling guards. Dick and Kory follow behind and use the original plan of coming in through subterranean tunnels and are promptly taken captive by patrolling guards, meaning that the group splitting up made precisely zero difference to how the story played out since they would have ended split up either way.

The portrayal of the asylum is much the same as any kind of similar place shown in fiction, specifically a hotbed of abuse, torture and shady experimentation as though the treatment of mental illness hasn’t progressed since the eighteenth century. The doctors talk in condescending platitudes, the orderlies are thugs in while scrubs, and the security guards are violent sadists probably in need of the kind of psychiatric evaluation that a genuine institution would actually provide.

Adamson sitting sanctimoniously in a swanky office doesn’t really track with the end of “Together“, which saw the Organisation (still a crap name) send a hit squad to take him out following Dick’s location of him. Regardless of whether the asylum is an asset of this shadowy cabal or a side project of his own, there’s no reason why more assassins wouldn’t be sent there to look for him. Even looking past this, what with Rachel being the unwilling messiah of this whole doomsday cult, you’d think that some sort of watch would be put on the place where her mother is being held.

One of those monotonous villains in love with the sound of their own voice, Adamson continues his tedious espousing of Rachel’s importance, either believing in the persuasive power of his rhetoric or that she’s such a naïve and impressionable girl she’ll just go along with whatever she’s told. Either way, she’s distinctly unimpressed and Dark Rachel takes over to revoke her earlier healing of him, which was rather satisfying since his refusal to speak in anything other than vague allusions was getting really, really annoying. It’s a wonderfully sinister moment, made all the more powerful by its subtlety. Instead of blasting out an indiscriminate shock wave or sending her Soul Self down a guy’s throat to eviscerate him from the inside, she quietly kills someone with a small act of will, which ends up far more assertive from the lack of ostentation. 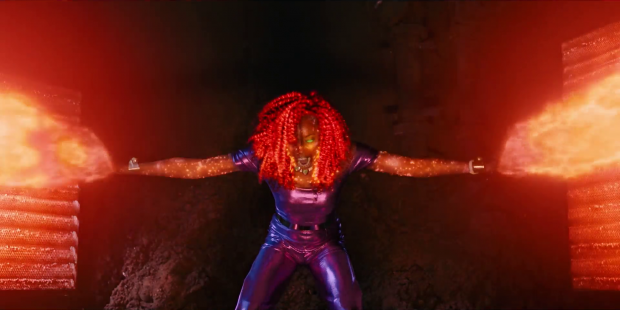 Not every problem can be solved by setting it on fire

Aside from this, the story once again focuses far too much on Dick, this time through him undergoing an enforced psychotropic hallucination, seeing his younger self blaming him for what he has allowed himself to become in the name of batting crime. There’s only so many times and in so many different ways the show can labour the point that he’s conflicted about who he is without Batman, and this sequence doesn’t add anything further than what has been previously suggested, labouring the point to the extent that he’s quite literally beaten over the head with it.

The others fare little better. After Kory depletes herself trying to escape a fireproof prison, she’s strapped down on a gurney while unfeeling doctors assess her with sharp and pointy implements , which has more than faint overtones of an alien autopsy, perhaps hinting at her extraterrestrial origins that will be revealed once the writers remember how little they’ve bothered to explore of who she actually is.

Gar, meanwhile, is strung up in a cage and jabbed with electric batons, which rather than being part of any kind of dubious experimentation just looks like casual sadism, allowing you to feel no sympathy when he escapes and then mauls and eats someone. It’s made clear that he wasn’t aware of what he was doing in animal form, but this doesn’t tie in with his brief appearance at the end of the first episode where enough of his personality was present as a tiger to steal computer games. It’s possible we’re to assume that the emotional distress through being tortured caused him to completely become the animal, but if that were the case there was little indication of it. 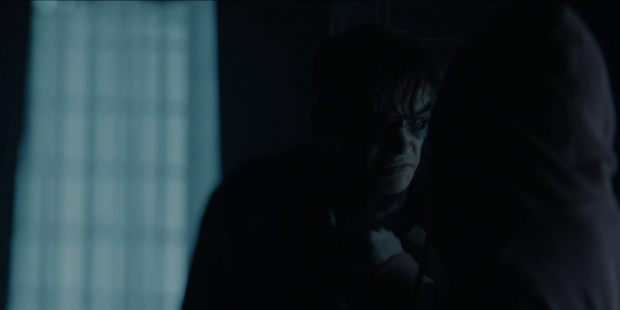 For someone who previously stated he’s never even bitten anyone, this would probably have felt like rather a distressing moment if his limited screen time meant we’ve yet to have the opportunity to develop much empathy with him. The incident will likely have lasting repercussions for him, and will almost certainly inspire him to try changing into an animal a little less lethal and thereby take a step towards the wide gamut of shapeshifting that other incarnations of the character are capable of. There was also the opportunity for Rachel to have said something meaningful to him about the experience, knowing all too well what it’s like to kill someone while under the influence of forces you can’t control, but this was either not picked up on or disregarded as being too interesting.

Overall, the moral of the tale is that if people have abilities to transform into carnivorous predators, kill and incinerate with a thought, or simply kick your arse with unflinching ferocity, then physically and psychologically torturing them for no discernible reason is perhaps, just maybe, a really bad idea. The end decision to blow the asylum up might have given a degree of cathartic satisfaction, but it failed to take into account that the size of the place meant it was likely there would be numerous residents other than Rachel’s freed mother who it’s not unreasonable to assume were just as unwilling, all of whom have now been reduced to smouldering piles of ash without being given a moment’s consideration.

Dick leaving his Robin suit to be burned up in a fire is some heavy-handed representation of him abandoning Robin once and for all, and now that we’ve reached such a juncture perhaps we can focus on some other matters, such as Kory not knowing who the hell she is or that whole Rachel-is-a-harbinger-of-the-apocalypse thing. Literally anything. 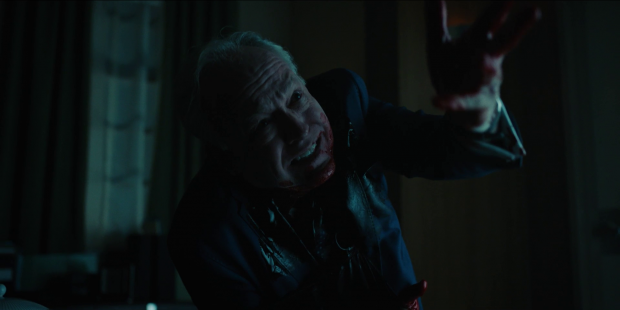 Angering a demon is never a good idea

Asylum is yet another meandering episode that takes far too long to go almost nowhere. Dick’s character arc drags and stumbles its way to something resembling a conclusion, and seeds are planted for the belated development of other characters, but it’s too early to tell if anything will come of them.