Well, we made it. The endless rambling and meandering and sidetracking have finally stumbled towards the end of this first season of Titans, if not the end of its actual story. Although the series wasn’t entirely a badly-written dumpster fire of an endurance trial and was admittedly interspersed with the occasional flash of quality, it sure as hell feels like it was a lot longer than a mere eleven episodes. 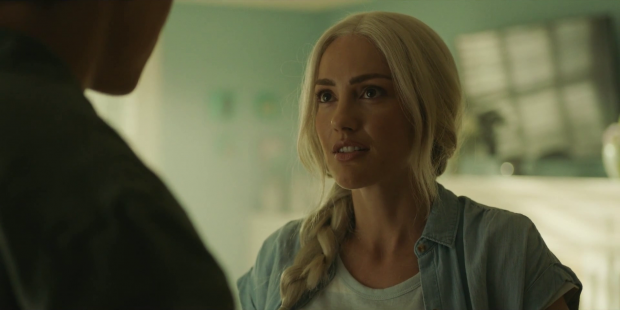 The show’s convention of episode naming has seen them largely titled after those at the core of each story – or who were at least intended to be – but given that Dick has been a focal point for much of the series, sometimes to the detriment of the development of other characters, the one thing nobody would claim it was in dire need of was an episode tailored to solely revolve around him. Mind you, you also wouldn’t think that it would be possible for a series to be unendurably tedious when it features Batman’s protégé, a fire-throwing alien, a demon-possessed teenage girl and a shapeshifting boy, along with assorted freaks and weirdoes introduced along the way, but here we are.

In true Titans fashion the series goes out with a tale utterly tangential to the main narrative that adds very little to what’s previously occurred. I know, I’m as shocked as you are. You may remember the last episode ended with Dick running inside a demon house protected by a force field only he can cross for some reason, and it will come as no surprise to discover this is not followed up upon. No, we’re now suddenly five years in the future and Dick is living an idyllic life in a sun kissed paradise with a pregnant Dawn and their young son. After they Skype with Rachel and Gar who are together at college, a wheelchair-bound Jason Todd turns up to coerce Dick back to Gotham now that Batman has gone off the deep end and started slaughtering villains. Dick then travels to his former home, which turns out to be a permanently nocturnal hellscape of human misery where vice and violence play out unchecked in the streets, like Blade Runner without the cyberpunk chic, and he tries to find out what happened to his old mentor. 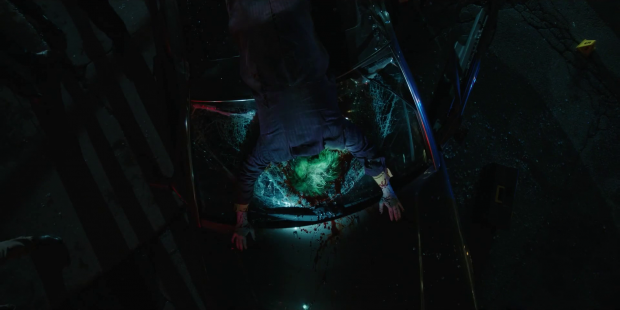 Of course, this is all an elaborate hallucination. It’s a fairly frequent for TV shows incorporating supernatural elements to have an episode featuring a character lost in an internal labyrinth shaped by their own subconscious, playing out for the opening minutes until a shot taking place in reality establishes what’s going on. However, like much of standard storytelling techniques that Titans incorporates, it never quite gets the balance right. Despite it being perfectly clear what’s occurring, the episode plays it as though everything is completely normal until the closing moments, leaving us wondering exactly why we’re watching this as we’re given no larger context in which to place it. It makes it difficult to have any meaningful reaction to the episode’s events, as even though versions of familiar characters appear and are placed in hazardous situations, since it’s clear that none of it is real it follows that there are no real stakes for anything that might happen to them.

The idea seems to be to make Dick face the darkest parks of himself and acknowledge that the city he walked away from was weakened by his absence, but since we have no knowledge of what the Gotham in the real world is like, we have nothing we can compare to this shadowed purgatory. As Dick is pushed further into the false world his violent tendencies are increasingly drawn out, until he is driven to breaking point and forced to decide which side of the moral line he is going to stand.

It feels like something you might find in the pages of DC’s regular Elseworlds stories, which posit different setups for established characters to explore alternative interpretations of them. They’ve made for some interesting tales over the years, and to be fair the idea of what would happen if one day Batman just snapped and abandoned his rigid sense of morality is one with a great deal of potential. While by itself Dick Grayson is not an entirely uninteresting story, anything that happens within it is rendered utterly meaningless, since as was mentioned earlier none of it is actually happening and so there will be no real consequences. It also doesn’t help that the Arrowverse’s recent delve into Elseworlds was done so much better, and with much greater understanding of what makes them interesting. 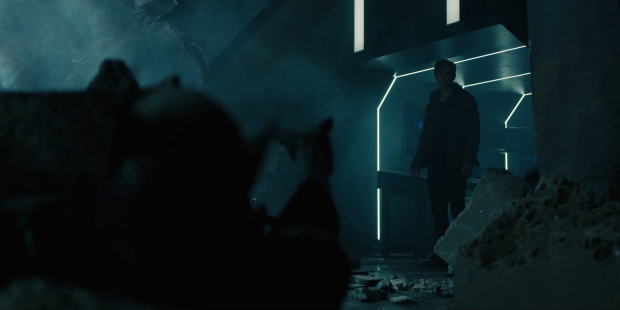 The bird faces the Bat

The series’ decision to have Batman played by assorted stand-ins, camera tricks and silhouettes has been annoying but ultimately not much of an issue, since his purpose was to act as a nebulous figure in the shadows, an ethereal concept rather than an actual person. However, this episode’s requirement for him to make a full appearance is sorely undermined by his being portrayed in the same way, a silent shape just out of focus, meaning that Dick has no real interaction with him, giving his emotional journey no proper focal point.

We’re pulled back to reality in the closing moments after Dick chooses the path of darkness, black veins around his eyes like when Dark Rachel takes over, but instead of using this moment to explore the purpose of the previous forty minutes, this instead is the culmination of everything were going to get this time around. It’s in no way unusual for a season of a TV show to end on a cliffhanger (in fact, it’s maddeningly common), but the typical arrangement is for current events to have been brought to something resembling a conclusion but in doing so a new danger arises. Not like this, when the story reaches an arbitrary point and the just… stops.

Well, that’s not quite it; there’s also a post-credits sequence featuring chaos and destruction in a science lab involving Superboy (a teenage clone of Superman) and Krypto the superdog. Yes, post-credits scenes are now a staple of any kind of comic book property, but this one is particularly egregious due to its pointlessness. Because nothing says storytelling coherence like introducing events and characters that are part of a completely different story before they could even be bothered finishing this one.

And there we have it. Season one of Titans in all its disappointing, frustrating, infuriating glory. Are you going to be back for season two? Because I’m honestly not sure that I will be. 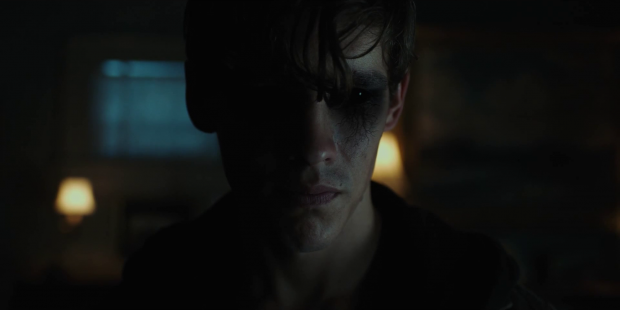 A disappointing end to a decidedly mediocre season, Dick Grayson is actually a consistent instalment, taking a long time before anything of note even happens, and very little taking place that advances the overall plot. As an individual episode it’s nothing less than what we’ve come to expect of the series’ slapdash approach to storytelling, but as a season finale it’s a second-rate farce that provides no sense of closure and doesn’t even pretend to offer any kind of resolution.