After making strides towards moving the story along in the last episode, Titans now launches off on another directionless tangent episode with Jason Todd, bringing with it all the meandering plot and meaningless pseudo-development we’ve come to expect.

The end of Together saw Dick face Dr Adamson and get some cryptic allusions to the mysterious Organisation (seriously, is that the best name they could come up with?), and the clean-up hit squad being taken out by the eponymous second Robin (Curran Walters), Batman’s replacement for Dick after he left Gotham. We delve more into Dick’s backstory, seeing the aftermath of his parents’ deaths in a circus trapeze fall as well as earlier, happier times with the circus that includes fleeting moments of the various individuals who made up his makeshift family and gives him something else to brood about. 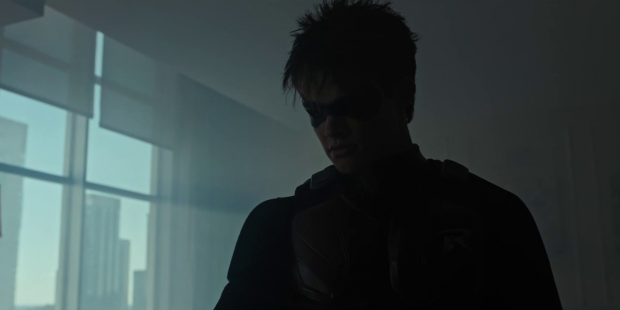 The two Robins take Adamson to one of Bruce’s safe houses, and to pass the time until he wakes up the pair go off on a side quest, kicked off by Jason bringing out photos of said circus folk having been killed by being burned with hydrofluoric acid by some mystery villain Jason refers to as the Melting Man (not this one). It takes unacceptably long for their investigation to get anywhere, since first they spend a lengthy amount of time relating their current situations to each other, which could very easily have been slipped in at other junctures instead of infodumped all at once in a dull litany.

Jason’s swaggering arrogance gets irritating very quickly, and he constantly flip-flops between being a teenager constantly enthused by having the coolest job in the world, and a borderline psychopath eager for the slightest provocation to attack anyone he feels like. It soon becomes apparent that the writers have utilised the post-Crisis version of the character, who was so unpopular that in the late ‘80s comics readers actually voted to kill him off. Although an edgy rebel is a good fit with the darker tone the show aims for, it actually might have been more entertaining had the writers opted for his original incarnation who was practically a carbon copy of Dick, thereby hammering home how quickly he was replaced, a point brought up several times but never adequately addressed.

Having literally nothing to do, Kory, Rachel and Gar remain holed up in the swanky flat, it sadly going unremarked upon that Kory has found herself a shiny new outfit (purple, naturally). Using Batman’s Invasion of Privacy Database, Dick and Jason track down the last circus member left alive, a strongman working as a nightclub bouncer, who disappears after a bomb goes off and is subsequently dangled as bait in a tediously obvious trap. 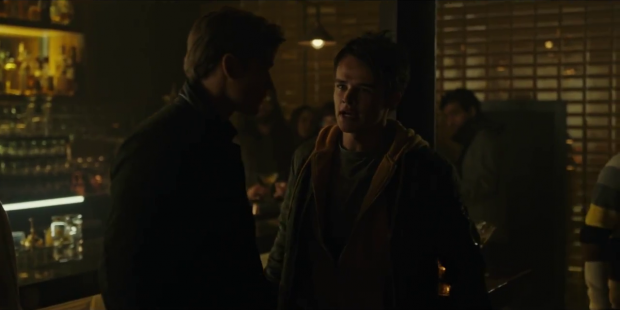 A flashback brings us up to date with the pertinent details, relating that the mob boss responsible for killing Dick’s parents was released after agreeing to testify against his comrades, leading to Dick attacking the prisoner transport to kill him, only to be interrupted when his gangster colleagues come to extract their vengeance on the traitor, and Dick leaving him to die. It shows that he was on his way towards crossing lines well before he decided to leave Batman, and reinforces how morally compromised he was becoming due to his vigilante lifestyle. It also leads to the best moment of the episode, with Jason declaring that it “must have felt awesome,” to effectively kill the man responsible for his parents’ deaths, and Dick’s response being “Yeah, that’s the problem.” It’s just a shame this is glossed over so quickly as had it been extended it could have made for quite a meaningful exchange. Jason is representative of everything Dick was afraid of becoming and is still trying to avoid; a violent thug with little regard for anyone, less concerned with maintaining public safety and brining criminals to justice, and more with simply beating and maiming whoever is right in front of him regardless of whether or not they deserve it.

Anyway, the villain astoundingly turns out to be the dead gangster’s son – seen in the flashback for approximately ten seconds – who blames Dick for his father’s demise instead of the ruthless gangsters who riddled him with bullets and tortured the rest of his family to death. The climax is the kind of dimly-lit warehouse confrontation so beloved of Arrow, except with little attention paid to ensuring each character can be readily identified, making the entire sequence a shadowy blur of expository ranting and uninteresting fighting. A final moment of Jason beating up some police officers was included for the purposes of prompting an exchange where Jason points out that despite Dick’s desire to leave his history with Batman behind he still hasn’t abandoned his Robin persona, but all it actually does is highlight what a thoroughly unpleasant individual he is.

In case it wasn’t apparent, the name of this episode is something of a misnomer. Despite being titled after the least sympathetic iteration of Robin outside of the loathsome Damian Wayne, the story is actually focused on Dick, once again making it feel like the show is as much about the evolution of his becoming Nightwing as it is the formation of the Titans. There’s certainly no reason why it can’t be both, but the inability to focus on more than one thing at a time make for some very start-stop storytelling, particularly when the three other central characters spend the entire episode literally sitting around purely because the writers couldn’t figure out how to properly include them in it. 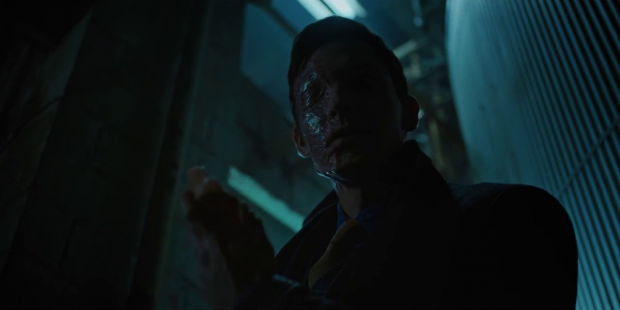 I’m sure I’ve seen a face like that before

Jason Todd brings more of the plotless wheel-spinning that has so characterised Titans, along with the frustrating sidelining of main characters and the piecemeal drip-feeding of pertinent information. To be honest, I’m starting to feel like a broken record, with the issues plaguing the episode being exactly the same as those present in most others: the inability to maintain a coherent plot, the unnecessary padding out of a basic story, the central characters frequently having little to do. This is the third out of six episodes that features little more than a meandering side story, and it isn’t getting any less irritating.