Marvel’s What If…? continues by exploring what might have happened if Yondu had abducted T’Challa instead of Peter Quill.

The first episode of this show was very closely connected to the film that it spins out from but this one takes a very different approach as the nature of the difference encourages events to play out in massively divergent ways. T’Challa has no connection to Peter Quill or the events of Guardians of the Galaxy so his abduction creates a continuity that has no connection to the previous one. 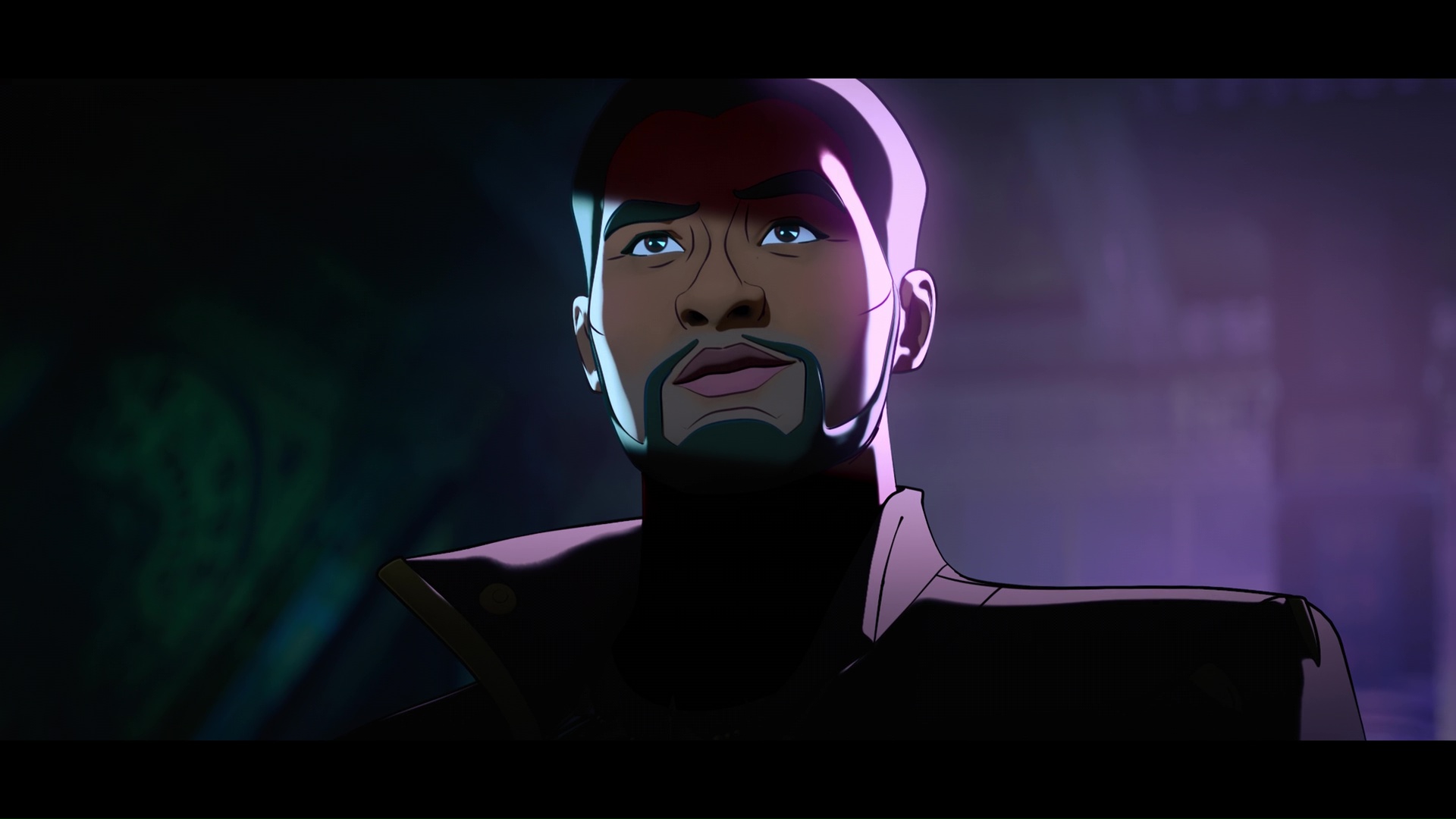 Exploring the differences is something that this episode spends a lot of time on and has a lot of fun with. T’Challa (Chadwick Boseman) goes after the Power Stone just as Peter Quill does and is caught in the same way but the reaction is very different. Peter Quill saw himself as a legendary outlaw with a well known reputation with the reality being the opposite but T’Challa is well known and respected so has cultivated that reputation. This is expanded through dialogue that explains he gained that reputation through being something of an intergalactic Good Samaritan who redistributes wealth and resources to benefit those who need them the most. Amusingly even Thanos (Josh Brolin) is inspired by this altruism and has abandoned his crusade to use the Infinity Stones to wipe out half of life in the universe. He is a part of T’Challa’s crew and is mocked for his predisposition towards genocide. Those views aside Thanos appears to be very well adjusted and certainly falls in line behind T’Challa.

This has a knock on positive impact on Nebula (Karen Gillan) who is no longer more artificial than organic and has lost the massive chip on her shoulder that comes with it. Her relationship with Thanos is altered significantly as well with her now seeing him as more of an embarrassing Dad than a genocidal monster. There isn’t much time to fully develop the mechanics of this relationship but enough is done to show that it’s significantly different and that Nebula has a far less traumatic existence as a result.

So far across the two episodes a lot of the comedy is mined from how different things are in this alternate continuity. It makes sense to do this as the very premise of the show is exploring how things would have played out if something changed in the continuity of the MCU. For now there’s a strong sense of novelty to this which makes establishing these differences really charming though it’s unlikely to be engaging forever and it could end up replacing engaging storytelling or characterisation. For now that isn’t a problem as the first two episodes have had a strong grasp on character even if the storytelling has suffered to varying degrees.

The plot of this episode involves stealing seeds from the Collector (Benicio Del Toro) because they can be used to feed billions of people. Based on this it seems that everything T’Challa does is in service of making sure those in need receive resources. He cites Robin Hood as a major childhood influence on him which clearly informs his desire to redistribute wealth and resources. With the time available in the episode it makes sense to hang his altruistic personality on a singular defining influence though there is still a lot more to him than this one motivating factor. 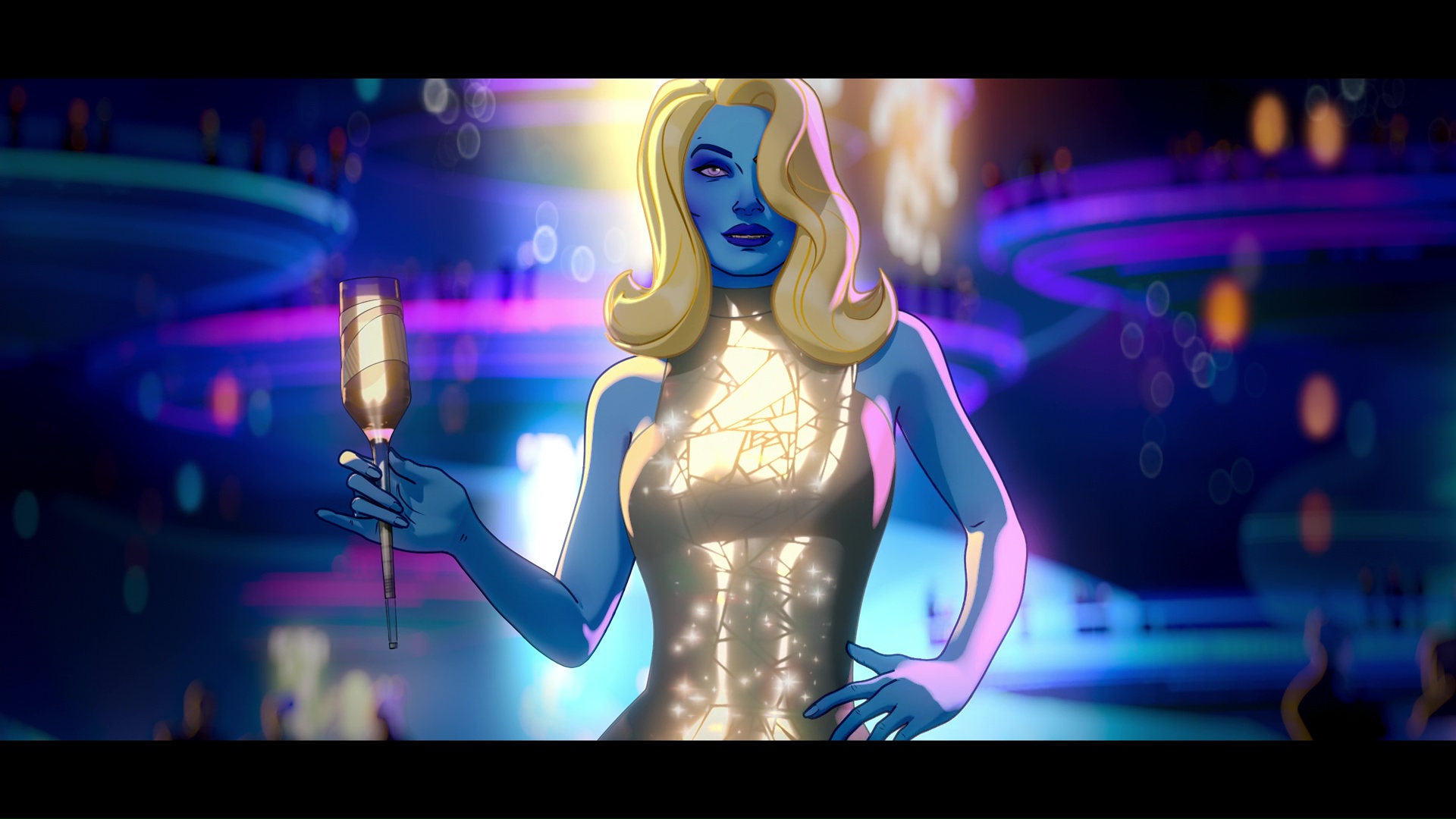 T’Challa is knowledgable, charismatic, personable, heroic and very comfortable in who he is. Yondu (Michael Rooker) lied to him about Wakanda being destroyed presumably to remove any desire to return there so he has a longing for his former home but has accepted that he can’t go back. A lot is told in the way he conducts himself and how comfortable he seems in the life he now has. His relationship with Yondu seems to be a healthy one and his mission statement is clear so everything about his life as Starlord seems positive.

Things are upended slightly when he discovers a Wakandan ship that tells him his former home wasn’t destroyed and his father never stopped looking for him. He reacts with hostility towards Yondu for lying to him and it creates a rift between them that persists briefly before being inorganically resolved. As conflicts go it was very weak and the resolution was completely unearned as T’Challa simply forgives Yondu because he was able to show him the universe. Similar to the first episode the length of these episodes means that the storytelling progresses rapidly. For the most part this wasn’t to the detriment of this episode as it was largely unconnected to a prior story so was able to build its own continuity more naturally but in the case of the conflict that developed between T’Challa and Yondu there wasn’t time for it to play out in an organic way.

T’Challa’s return to Wakanda at the end of the episode where he introduces his found family to his father and people was a really weighty moment and the subsequent comedic discussions between the Ravagers and Wakandans were nicely handled especially the reminder of Thanos still believing in genocide. The fact that such moments work as well as they do is a testament to how quickly these episodes deliver effective character work.

Despite the positivity attached to T’Challa’s life there is a knock on effect showcased by the brief depiction of Ego (Kurt Russell) tracking down Peter Quill (Brian T. Delaney) as Uato warns that this other family reunion could mean the end of the world while teasing that it’s a story for another time. Whether this is an empty tease or an indicator of a future episode it anyone’s guess at this point but my strong suspicion is that there is more to these episodes than being simple one off alternate takes. 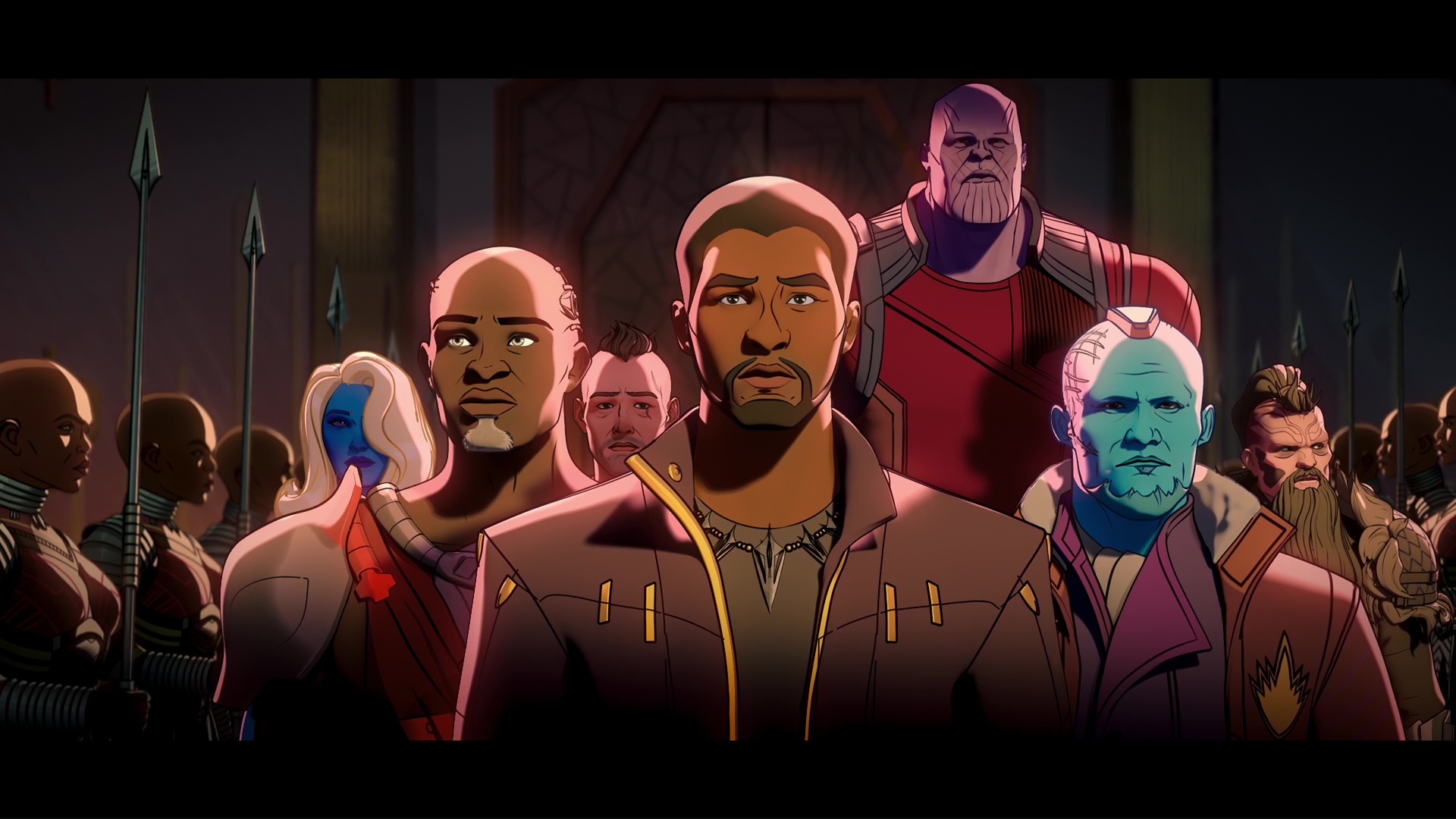 An engaging alternate take on T’Challa in the role of Starlord with strong characterisation. T’Challa having no connection to Peter Quill or the events of Guardians of the Galaxy means this episode is far more free to establish its own continuity and it has a lot of fun exploring the differences such as Thanos having abandoned his genocidal crusade and T’Challa being a famous intergalactic Good Samaritan. The plot of the episode focuses on stealing something from the Collector that supports T’Challa’s desire to redistribute wealth and resources. It also feeds into T’Challa missing his home and being lied to about what happened to it. This creates a rift between him and Yondu that is resolved far too quickly and clumsily but the resulting moment where he returns to Wakanda is very strong and a testament to the character work on display.

For now there’s a charming novelty to indulging the differences that exist in these alternate takes. A lot of comedy is mined from how different things are and it doesn’t get in the way of engaging characterisation though the storytelling does suffer to varying degrees. The ending where Ego tracks down Peter Quill with the tease from Uato that the story may be told at another time further feeds into the suggestion that these episodes may be more than simple one off alternate stories